In the wonderful village of Mulazzo, so dear to Dante Alighieri, we offer this characteristic House with its beautiful exclusive Solar Terrace of about 155 square meters. from which you can admire a 360 degree view of the surrounding beauties.
The house is about 200 square meters. and consists on the first floor of a bedroom with bathroom, on the second floor entrance, kitchen, large living room with terrace, four bedrooms, three bathrooms, another large terrace and storage room. On the ground floor of an exclusive cellar.
Autonomous heating.
Unique property of its kind!

A few steps from the center of Pontremoli, we… More Details

In a wonderful hamlet nestled between Sorgenti and rivoli… More Details 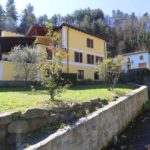 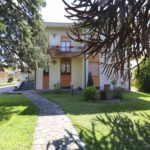