I SAPORI – Detached Stone House with Barn and Land

We offer a very panoramic position, with spectacular views of the Tuscan-Emilian Apennines, a group of stone houses within a small village in the municipality of Filattiera. Independent stone house of about 100 square meters. easily accessible by car, composed on the ground floor of the kitchen, living room and woodshed, on the first floor of a double bedroom, hallway, bathroom and steps. The roof has been completely redone. Adjacent portion of
House composed in the basement of six cellars, on the ground floor of the closet, kitchen, bedroom, bathroom and balcony, on the first floor of the bedroom.
Ancient stone barn of about 82 square meters, composed in the basement of the cellar, on the ground floor of a characteristic large room with exposed roof.
Possibility to acquire plot of land of approximately 9,000 sq m. near the building.

FILATTIERA: it corresponds to the ancient Filateria or Feleteria Castrum, the name derives from the Greek term φυλακτήριον (from Greek φυλάσσω, “defend” or “preserve”) with which the Byzantines indicated the guard towers blocking the strategic points of their systems defensive. The village was in tune with Filetto and, according to some, Mulazzo was a Byzantine fortification during the Lombard-Byzantine wars. This property is located in the country, a few minutes from important monuments, squares, typical shops and cultural sites.

BY CAR: The highway exit is only 10 minutes from this property. The city of Pontremoli is located about 55 minutes from Parma, 25 ‘from La Spezia and Massa, 45’ from Viareggio-Sestri Levante-Chiavari, Cinque Terre, 90 ‘Milan-Bologna-Brescia- Casello Nervi / GE. For ski lovers, around 35 ‘is Zum Zeri, or in one hour you can reach Cerreto Laghi (RE)

BY TRAIN: Pontremoli Train Station is 10 minutes away. Rich in connections, it also allows you to reach the seaside resorts in no time

In a very sunny and very scenic position, we… More Details

In Filattiera, we offer lovely Apartment of about 113… More Details 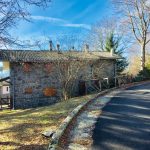 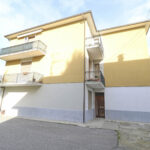