In the charming village of Mulazzo, we propose Ancient House of about 100 square meters. with exclusive entrance, located on the ground floor and composed of kitchen with antique fireplace, large living room, two bedrooms, utility room, W.C and balcony with very panoramic view of the valley. The details of the time make this property very interesting, such as the terracotta floors, the doors, the crossed vaults and the fireplace.
Water, electricity and gas reach the property.

This property is situated in Lunigiana, the northernmost part of Tuscany.
A region full of mystery, surrounded by hills, woods and chestnut oaks, vineyards, olive groves overlooking the famous Apuan Alps. Each village is rich in history and monuments and castles to visit. Nature trails (Hiking, Horse, Mount bike) and the famous Via Francigena, which connects with ancient Rome

In a wonderful position with a splendid view over… More Details

In the Pontremoli center, in Via Sforza, we offer… More Details 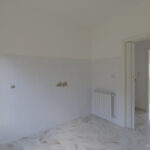