In Arpiola di Mulazzo we offer a detached house on 3 sides of about 160 square meters. composed of 2 independent apartments. On the ground floor apartment consisting of two bedrooms, living room, kitchen and bathroom; on the first floor kitchen, living room, two bedrooms, bathroom and large terrace with veranda. Internally to be restored, private garden with parking spaces.

MULAZZO: It is located in the upper course of the Magra and extends from the valley floor to the Apennine buttress that separates the Vara basin from the Lunigiana and culminates in Mount Cornoviglio. It develops north of the Teglia stream, including the Mangiola and Geriola valleys.
The village has two access doors and retains the original structure characterized by narrow alleys. Seat of an ancient Ligurian castle and of a castle of which only the so-called Dante’s tower remains, which recalls the presence of the poet in Lunigiana, in Mulazzo it is also possible to admire the ancient arches of the Malaspinian aqueduct and Piazza Dante, dominated by the church of San Nicolò and the Malaspina Zini palace.
Mulazzo is also the seat of the Malaspinian Studies Center, which houses unpublished documents concerning the family. In August the BancarelVino fair takes place, where an award is given to the best producer and during the same it is possible to taste wines from the area.
The territory of the municipality is dotted with castles and fortified villages: Montereggio, seat of the book fair, the village of Castevoli, the castle of Lusuolo, seat of the Emigration Museum, the castle of Gavedo, Canossa, Campoli, where a statue stele and Castagnetoli, famous for the production of a typical Lunigiana kitchen tool, the text. This property is in a residential context, served by the main shops.

BY CAR: The motorway exit is only 5 minutes from this property. The city of Pontremoli is located about 55 minutes from Parma, 25 ‘from La Spezia and Massa, 45’ from Viareggio-Sestri Levante-Chiavari, Cinque Terre, 90 ‘Milan-Bologna-Brescia- Casello Nervi / GE. For ski lovers, about 35 ‘you will find Zum Zeri, or in an hour you can reach the lifts of Cerreto Laghi (RE)

BY TRAIN: Pontremoli railway station is about 7 minutes away. Rich in connections, it also allows you to reach seaside resorts in a very short time.

In a two-family villa, we offer a wide Ground… More Details

In the wonderful “Hamlet of the Booksellers”, in Montereggio… More Details

Among the ancient paths of Via Francigena, this splendid… More Details 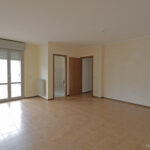