In a convenient position, near the shops, we offer a newly built villa of about 90 square meters. located on the ground floor and consists of a large living room, kitchen, two bedrooms and bathroom. Autonomous gas heating or pellet stove. Exclusive Garden with Terrace and Barbeque. Exclusive parking at the entrance. Very good condition.

In the center of Pontremoli, we offer an apartment… More Details 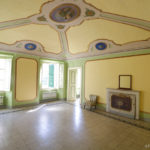 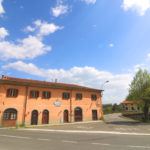