In the center, a few steps from shops and services, we offer an apartment of about 38 square meters. of new construction, composed on the First Floor by Large room with Kitchenette, Hallway, Balcony and Pool. On the ground floor Exclusive cellar with ample parking.

This property is situated in Lunigiana, the northernmost part of Tuscany.
A region full of mystery, surrounded by hills, woods and chestnut oaks, vineyards, olive groves overlooking the famous Apuan Alps. Each village is rich in history and monuments and castles to visit. Nature trails (Hiking, Horse, Mount bike) and the famous Via Francigena, which connects with ancient Rome

In a very quiet and private position we offer… More Details

We propose a wonderful apartment of about 120 square… More Details

L’AURA – Apartment with Cellar and Carport 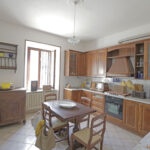 L’ARPA – Apartment with view on the Historic centre