In the magnificent and romantic Village of Bagnone, we offer an incredible Historical House wisely restored with quality materials. Composed on the ground floor of a Stone Cellar, on the Second Floor entrance, large living room with built-in kitchen, two bedrooms and bathroom. On the Third Floor Studio, Veranda with Fireplace, Bathroom, Closet and Terrace overlooking the Castle. Independent heating with radiators and pellet stove. Terracotta floors, exposed wooden beams and warm colors make this house a real corner of paradise to spend unique and unforgettable moments. Partially Furnished.
The house has been completely restored recently (including the roof). In the Bedrooms prestigious Parquet. Leaving the house we find a few meters away all the shops we need, taking a dip in the past in the beautiful village of Bagnone between its waterfalls and its medieval monuments.

BAGNONE: Is one of the most famous and characteristic of Lunigiana. It stands on a spur of rock on the right side of the river Magra and takes its name from the stream flows at its feet. Bagnone di Bagnone is a typical Lunigiana history: it is the story of a borderland marked by the power of the Malaspina and disputed by the powers of Milan, Parma, Florence and Genoa. It is a story of ownership changes that actually have only reinforced the unique identity of the territory, over time under the domination of several gentlemen, but at the same time proudly unique and independent.
The oldest settlements in the area date back to the Stone Age, as evidenced by the discovery of some archaeological finds and Statues Stele near the nearby Treschietto and, if the first official document in which we can find a reference to the village is a bubble papal of 1124, the first traces of the village are dated around the sixth century AD
For centuries under the iron rule of the Malaspina, the Bagnonesi tried several times to escape the marquisate and return to the sphere of the Florentine Lordship (later, Grand Duchy) which acquired control at the end of the 1400s. Following the Italian Campaigns of 1796, Bagnone was annexed to the Ligurian Republic and then to the Department of the Apennines, to then pass to the Duchy of Parma. It was then the unification of Italy to establish its belonging to the province of Massa Carrara. This property is located in the heart of the historic center, in the middle of important monuments, squares, typical shops and cultural places.

In a quiet and panoramic position, on the edge… More Details

Among the characteristic streets of the Borgo di Castagnetoli,… More Details 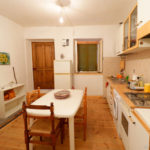