Surrounded by greenery on 680 meters. above sea level, we offer independent villa of about 150 square meters. arranged on two levels and composed on the ground floor of a large porch with veranda, spacious open kitchen, living room with fireplace, bathroom and room complete with Finnish sauna heated by a wood stove that can accommodate 4 people, equipped with chromotherapy and electric turkish bath (Hamman) equipped with chromotherapy. On the first floor we find a large room currently used as a living room (with connections for a second kitchen, previously the house was divided into two independent apartments), two double bedrooms and a bathroom. In the house there are 8 beds.
Wi-Fi system with fast internet in excellent working order. Satellite dish for television with connection to each floor. Condensing boiler. Gas heating with autonomous donut underground in the garden. Externally Enclosed garden with outdoor hotspring Jacuzzi. 2 reclining stations and 3 seats, wood-burning oven for pizza and grill. Access to the garden of the pedestrian house plus a second driveway.
Beyond the road there is a plot of land of about 1500 square meters. with front wooden shed of about 30 square meters. . Fish pond, basketball hoop, 2 golf holes, gazebo with grape pergola. Two rainwater collection tanks. Mains electricity and water connected to the house.
Various fruit trees with Zen Garden.
Complete enclosure of the two gardens. 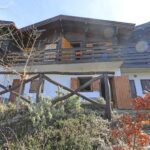 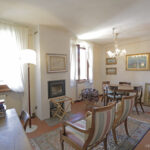